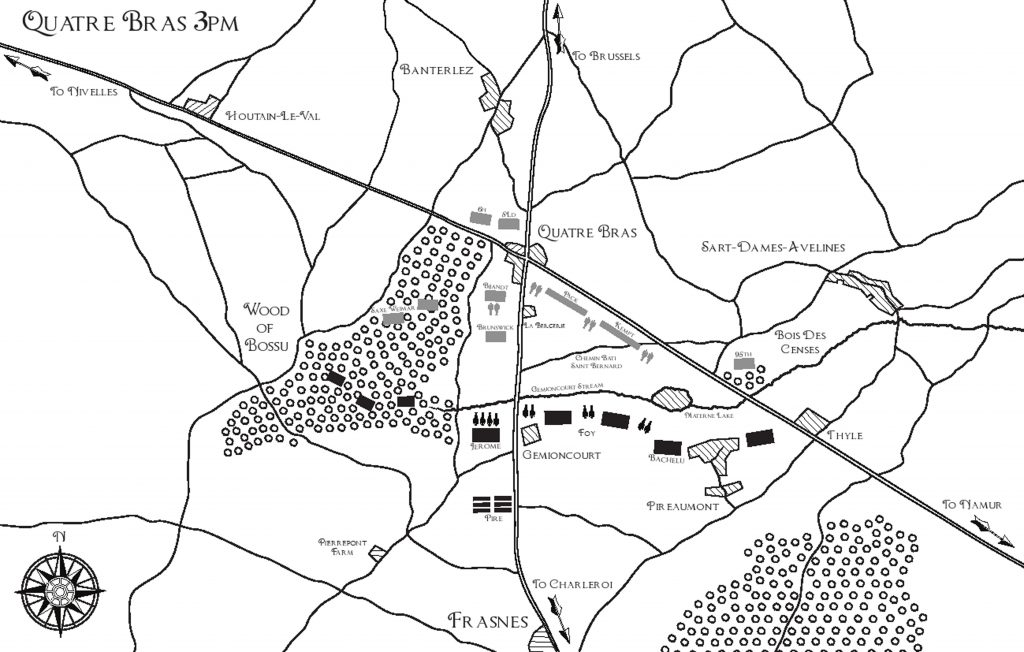 Whilst Blucher and Napoleon fought at Ligny, a battle of encounter was played out at the crossroads at Quatre Bras. Wellington’s forces had initially been ordered to concentrate at Nivelles, but after Wellington arrived there around 10 a.m. on the morning of the 16th, Wellington ordered his army to concentrate at the cross roads. He was aware that a French force had approached the crossroads the previous evening, but was unclear of its strength and as all was relatively quiet, he rode the 10km to discuss the situation with Blucher, promising to support the Prussians ‘if not attacked himself’.

Returning to Quatre Bras around 2 pm Wellington arrived just as Ney launched his French troops in a bid to take the crossroads and open the road to Brussels. Attacking cautiously with one corps only (commanded by General Reille) and his cavalry, afraid that Wellington outnumbered him, but was concealing his troops; Ney at this point actually heavily outnumbered Wellington’s force.

The battle was largely fought over a relatively featureless terrain of farmland which was generally covered in crops over seven feet high, giving the French cavalry a major advantage over Wellington’s infantry which marched virtually blind through these crops. Some of Wellington’s troops were caught by French cavalry before they had formed a defensive square, because of this and decimated, losing their Colours.

Wellington’s troops were under severe pressure and the troops arriving during the afternoon were hastily thrown into the fight as soon as they arrived. Eventually enough of Wellington’s troops had arrived to outnumber Ney, when the French marshal desperately called for his second corps under the Comte d’Erlon, which had been hurrying up to the battle; he found that they had been diverted to outflank the Prussians. Desperate not to lose the battle, Ney recalled this corps, which therefore marched uselessly between the two wings all day, never coming into action. 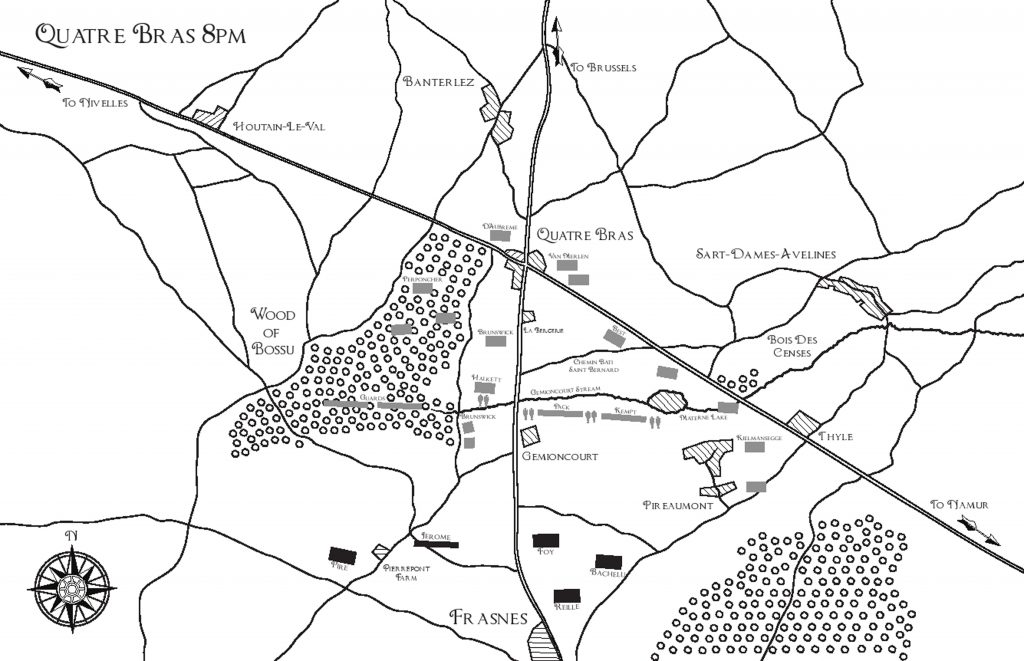 Slowly, Wellington’s front stabilised and his reinforcements allowed him to push the French back to where they had started that morning; both sides suffered about five thousand casualties in a stalemate battle. Wellington had held the crossroads, but neither he nor Ney knew the outcome of the battle at Ligny.