16th of June: Battle of Ligny 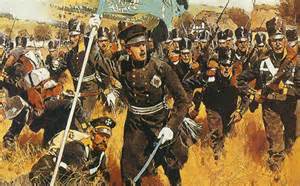 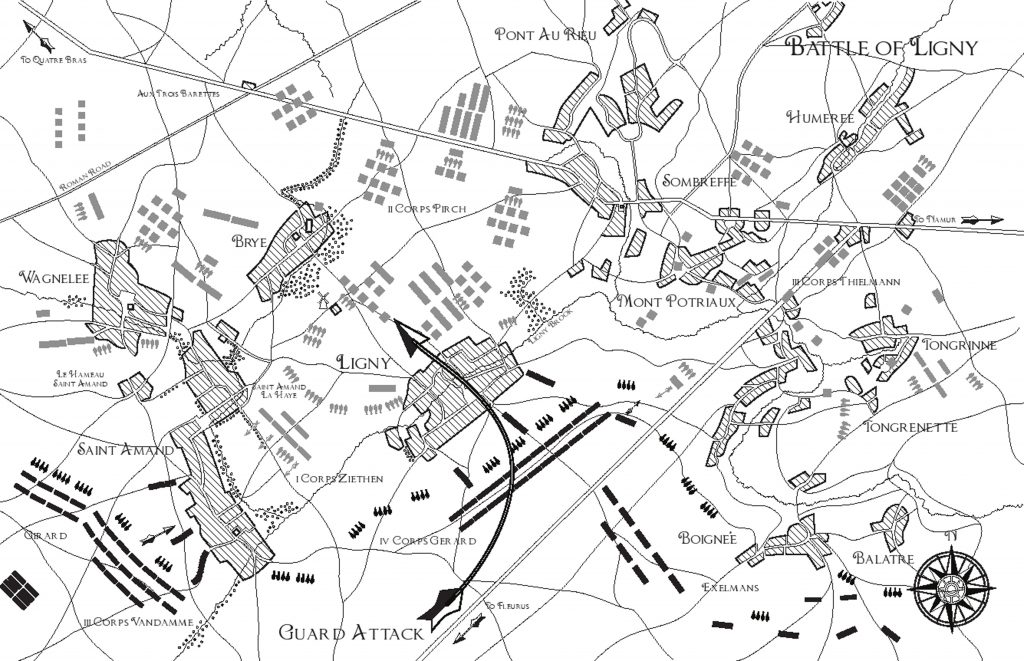 Blucher stood at Ligny with only three of his four Corps as the polite message to the more senior General Bulow had not been strong enough to convey the urgency of the situation.

By 2pm on 16 June, Blucher however had some 83,000 men and 224 cannon, with which to face Napoleon’s 63,000 men and 230 cannon. Blucher’s troops were largely newly raised militia units and therefore his numerical superiority was not a true reflection of the strengths of the opposing armies. Blucher knew that his men’s best asset was their grim determination to hold a position to the last. He therefore had his troops defend the line of the Ligny stream, which was lined by a string of villages, each of which was turned into a mini fortress.

The French attacks and Prussian counter attacks continued with unrelenting fury all of the afternoon and the numbers of dead and dying simply piled high in the houses and streets of these villages, neither side often giving quarter.

Blucher hoped that Wellington would join him, unaware that he was fully engaged himself in another battle. Napoleon had ordered part of Ney’s troops, under the Comte d’Erlon to carry out an outflanking march against the Prussian right, but when these troops mistakenly appeared in the French rear, they caused consternation; before disappearing again, having been recalled by Marshal Ney.

This delay caused the battle to continue until dusk, when a determined charge by Napoleon’s Imperial Guard, burst through the Prussian defences at Ligny village, causing the Prussian army to retreat. Marshal Blucher’s horse was killed in a cavalry charge and the marshal was only saved by the darkness, the French cavalry not recognising him as they passed. 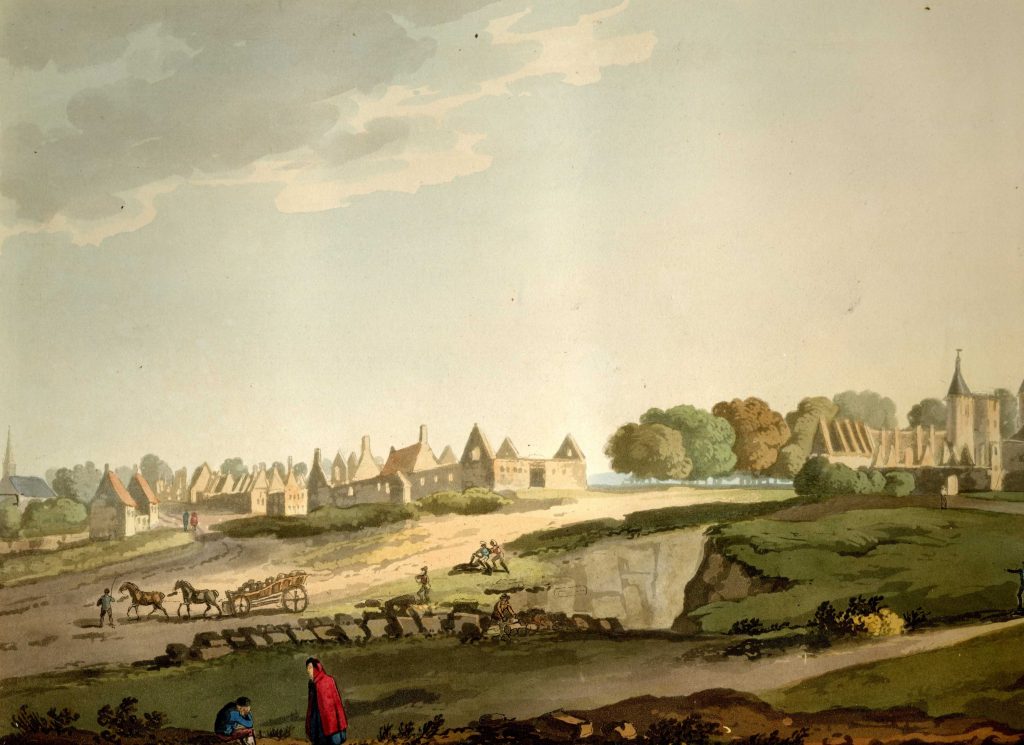 The Prussian’s had suffered some 16,000 casualties, the French lost 12,000, both being about 19% of their force. The Prussians however lost another 8,000 men during the night who deserted.

Napoleon was delighted, the Prussians had been defeated and were fleeing for their German homeland