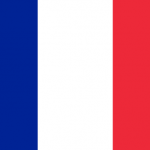 by J. David Markham, FINS When one thinks of prisoners of war, soldiers and sailors usually come to mind. One rather different type of ‘prisoner’ during the Napoleonic period, however, consisted of British citizens who found themselves in France when the Peace of Amiens broke down in May of 1803. Those who found themselves trapped […]
Read More 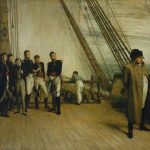 A VISITOR TO DEVON by Dr Hugh Wills At Sea in Plymouth Sound One careless word from Midshipman Home was all it took, and a gaggle of twenty white-frocked Brixham girls headed for the quayside. They mobbed the shore party and had to be man-handled out of the ship’s cutter, probably with some degree of […]
Read More