HISTORY About the WATERLOO ASSOCIATION 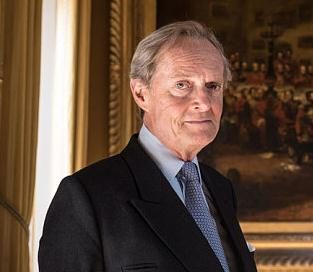 When in 1972, the site of the battlefield was under threat from a proposed motorway, the 8th Duke of Wellington, with help from a number of distinguished Belgian and British allies, successfully fought off the plan, but realised the need for an organisation to promote and protect the site for future generations. The Waterloo Committees of Belgium and Britain were formed and the Association was created to widen the support, as well as to promote a greater understanding of the Battle of Waterloo and Britain’s role in the Napoleonic and French Revolutionary Wars.

Apart from regularly contributing to the maintenance and preservation of existing monuments, the Association was responsible for the erection, and dedication in 2002, of a major memorial at Quatre Bras, commemorating the British and Hanoverian troops that fought and died there on 16th June 1815. This is the first memorial to British Forces on the battlefields of the Campaign. A Register of Memorials to the soldiers who fought in Wellington’s campaigns in the Peninsular and at Waterloo has been published in two volumes under the title Wellington’s Men Remembered.

The Association has been closely involved with the plans to mark the Bicentenary of Waterloo in 2015.

Today the 9th Duke carries on the work of his father, the 8th Duke who founded this Association, to protect the legacy of the Great Duke and those who served with him.

Years since the Battle of Waterloo

To promote public education and appreciation of the history of the wars between Great Britain, her allies and France known as the Napoleonic Wars.

To preserve and safeguard the site of the battle.

To encourage a better understanding of events which preceded the Battle of Waterloo and the course of military operations in the campaign of 1815 and its consequences.

To encourage research on all matters pertaining to the campaign and to assist in the publication of such research.

To these ends, the Association conducts historical research and, in association with the Waterloo Committee in Belgium, continues to help improve and preserve the battlefield.

In recent years the Association was actively involved in promoting the erection of a monument to the British Army at Quatre Bras, which now takes its rightful place alongside the other national memorials.

The Association is also monitoring the deteriorating condition of Hougoumont Farm and in conjunction with other interested parties, looking to see what can be done to restore and preserve the site.

Become a member of the Waterloo Association