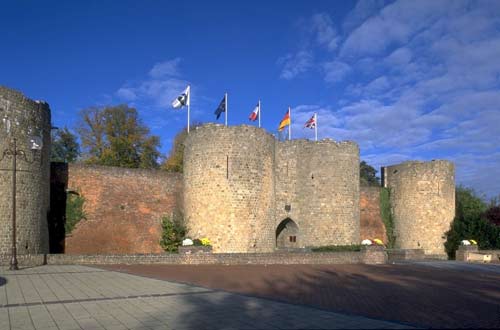 Dear all
I have received requests on where we are with this. I am now in a position to tell you that we have decided to postpone the trip that was due to run 28 May – 31 May . This is because we are uncertain as to what the conditions will be like in May in Belgium and France and Gareth and I have not had a chance to do a recce and would not have a chance to do one before our departure date. To do a trip in such conditions would be unfair on you. Instead we are going to move the trip to the first week of October (depart London Friday 1st-Return Monday 4th) when things should be clearer. Our aim was originally September but Evelyn, Gareth and I could not find a weekend that all three of us were available in that month and the three of us are your guides. Needless to say unravelling the trip and rebooking it (again) is a major undertaking but I can tell you that this has been achieved so far with the coach company, Eurostar, and one of the three hotels, without an increase in cost. I am simply waiting a response from the other two. At the moment Eurostar is only running one trip per day to Brussels and we are on a later train than we planned originally (departing 11.04, arrival in Brussels 14.05) but our return is at the time we were expecting (depart Brussels 16.00, arrive St Pancras 17.00). Needless to say the train times may change but that is where we are at the moment.
This is the earliest I could get this information to you and do hope you will all be able to make it.
John Morewood

As we know the fighting did not finish for Wellington on the 18th June. The celebrated French defensive fortifications had to be persuaded to surrender. Some Wellington had to besiege and the hornwork at Peronne, of course, had to be stormed- in what would prove to be Wellington’s last military operation. In this tour we will follow in his footsteps which also mirrored those of the celebrated Duke of Marlborough who not only besieged some of the fortresses that Wellington did but also defeated the French at the Battle of Malplaquet the site of which we will visit as it was also Wellington’s headquarters on 21st June 1815. At Le Cateau we will also look at Smith Dorrien’s action of 1914

If you are an attendee and you have a query please contact John Morewood at tjjp199@yahoo.co.uk