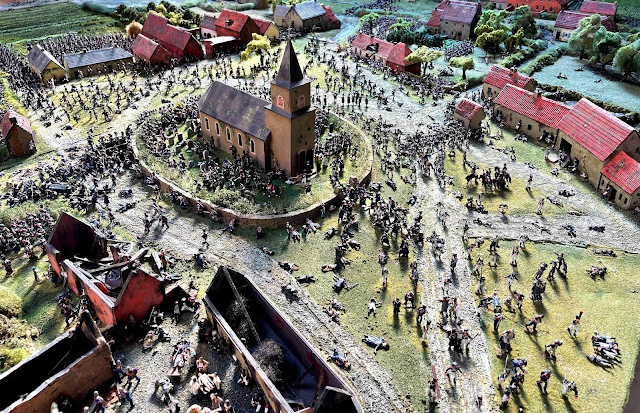 Presented by Waterloo Uncovered and The National Army Museum

Parts of Major General James Cowan’s expansive and highly detailed model of the battle of Waterloo are being displayed for a limited period at the NAM in October. The model is still being constructed (when finished hopefully in 2025 it will be the size of a tennis court!) but visitors will be able to see for the first time the parts relating to Hougoumont, La Haye Sainte, Papelotte, Plancenoit and La Belle Alliance. This is a very exciting project being led by the Waterloo related charity Waterloo Uncovered and has the support of the National Army Museum, the Royal United Services Institute and the Royal Hospital, Chelsea. Members of the Waterloo Association have also been involved.

Please click here for more information about visiting and the opportunity to attend the special evening event for which there is a charge.