The Plains of Waterloo

The Waterloo Association > Resources > Book Reviews > The Plains of Waterloo 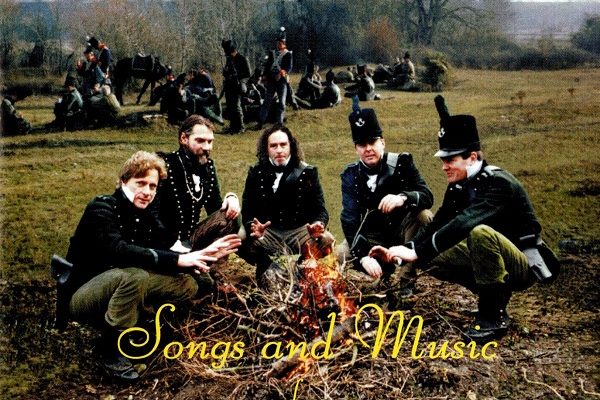 Songs and Music of the Napoleonic Wars 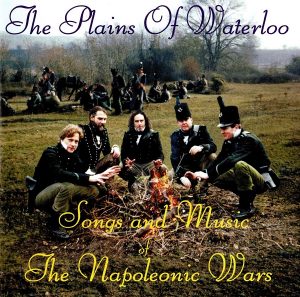 It makes a pleasant change to review some music for the Journal, and when I was given this CD by Ian I was not sure what I would make of it. However, having listened to it a couple of times it is now one of those music collections that I will listen to again and again.

The original Scorpion Band was formed by ex-soldiers after the Napoleonic wars around Puddletown in Dorset, using a variety of instruments including a big bass drum, an Ophicleide and a Cornopean. The New Scorpion band was formed in 1993 and has been playing at Folk, Town and Village festivals around Britain. This CD was conceived after the band realised there was no collection of music covering the Napoleonic Wars, although the British and Irish folk traditions are full of music from this period.

The CD is interesting in that it includes a small booklet explaining where the tunes have come from. The Route Has Just Come For The Blues tells the story of the Royal Horse Guards and how their route has just arrived detailing where they are to march. Like any folk song, the tune is easy-listening, foot-tapping and tells a story. Not all the tunes have vocals and the Grenadier’s March 1776 and The Rogues March will be familiar to anyone who has watched the Trooping of the Colour, albeit the modern style of these tunes are not as fast as these more original versions.

If you like a good sing-along, then Drink Old England Dry is the one for you, and will be familiar to all Napoleonic re-enactors everywhere. If you like a good foot-tapping tune then Boney Crossing the Rhine is the one. Interestingly, many of these tunes have versions in different parts of the country. Two tunes that I particularly enjoyed are Lady Nelson’s and Lord Nelson’s Waltzes that date from 1799 and are music to chill out to.

The Plains of Waterloo is easy-listening, foot-tapping music that anyone with an interest in folk music will enjoy. If folk music is not your thing, you will still find this an enjoyable collection of songs and music to listen to while reading a good book.