Armies of the Napoleonic Wars 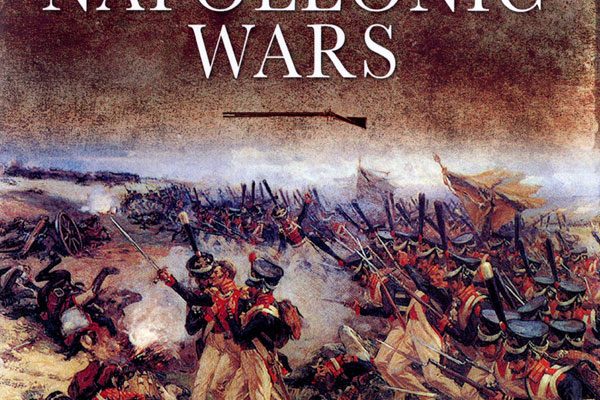 Armies of the Napoleonic Wars

Armies of the Napoleonic Wars is a single volume study of the major armies of the period, edited by Gregory Fremont-Barnes. Here is a volume that examines the role played by the major European powers, looking at the political, financial and military capabilities of each nation. Each of which is dealt with by an acknowledged expert: the French and British Armies are examined by Gregeory Fremont-Barnes; the Russian by Alexander Mikaberidze; the Austrian by David Hollins; the Prussian by Oliver Schmidt; the Armies of the Confederation of the Rhine by John Gill; the Spanish by Charles Esdaile; the Portuguese by Malyn Newitt; the Duchy of Warsaw by Jaroslaw Czubaty; and the Kingdom of Italy by Frederick C. Schneid; an impressive line up of authors.

The chapters examine the problems facing each nation in recruiting their armies; from financial, economic, political through to ethnic considerations. While each section describes the organisation and composition of the army, it is the political and economic background that is most enlightening, and for someone whose interest has been mainly the British Army I found this information to be the most fascinating. Such an examination places the European Armies of the period into context and explains why they functioned as they did. Anglophile histories tend to emphasise the limitations and failures of these nations when waging war against Napoleon, but this book explains what influenced these factors but also shows that these armies had their successes as well.

I found the chapters on the Austrian and Spanish Armies to be particularly interesting, with Dave Hollins providing a detailed examination of the Austrian Army’s organisation, recruitment, leadership, command, training and tactics. Charles Esdaile argues that while the general impression of the Spanish Army is that of one repeatedly defeated by the French, on many occasions it put up a good fight, with some of its leaders being better than most histories would have us believe.

The Armies of the Confederation of the Rhine examines each of the German states that contributed to this force, how and where they were recruited, together with their theatres of combat. Frederick Schneid enlightens the reader on the army of the Kingdom of Italy, explaining that prior to 1796 the region of Italy consisted of about a dozen independent states that after Napoleon’s conquest of the region in 1796, were formed into various republics, with Italian revolutionary legions being formed as auxiliary forces for the French Army. These developed into an army that was highly professional and served with distinction in Spain and Russia.

Each author includes an assessment of the performance of the army, and dispels myths about their abilities on the battlefield and in the campaigns as a whole. This study represents a vivid comparative portrait of ten of the most significant armies of the period. By placing a study of each into one volume, this book brings together the story of the armies that fought the conflict from 1803 until 1815, and should be an essential read for anyone interested in the period. Most general histories of the Napoleonic Wars briefly describe the organisation and characteristics of each of these armies as a backdrop to the campaigns as a whole. Armies of the Napoleonic Wars provides a much more detailed analysis. This is a very useful reference volume to have in your library and a fascinating read as well.