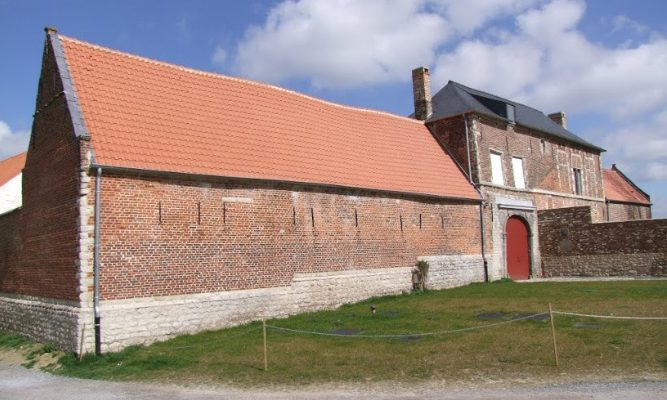 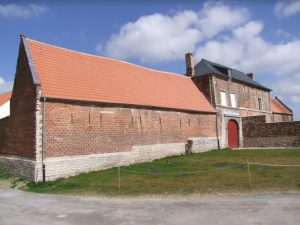 This most atmospheric group of farm buildings and chapel lies to the south of the ridge which today runs out to the west of the Lion Mound. It is a half-hour walk (or short bus ride from the Visitor Centre) well worth making, as the approach allows the visitor to understand the site’s significance in 1815, the whole battlefield being in plain sight.

On completion of the positioning of his Army for the forthcoming battle, the Duke was asked by the Earl of Uxbridge, his second-in-command, what, in case of accident, his plans were. Wellington is said to have simply replied ‘Keep Hougoumont.’

The château (destroyed during the battle) with its private chapel, its barricaded farmhouse, barns, and courtyards, formed a strong position on the Allied right, slightly in front of the line, and its successful occupation denied the French any opportunity to out-flank Wellington’s 1st and 2nd Divisions on the ridge to the north. In the attempt, some 14,000 French soldiers were tied down in attacking the farm complex, its gardens and orchard, throughout the day; the Allies defending numbered about 3,000, with another 3,000 in close support.

A vivid description of the battle for Hougoumont is given on the Project Hougoumont website www.projecthougoumont.com.