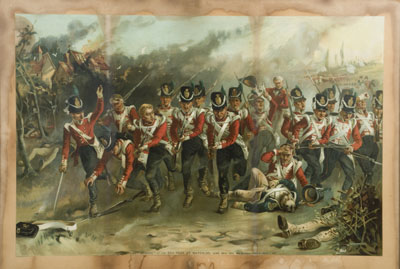 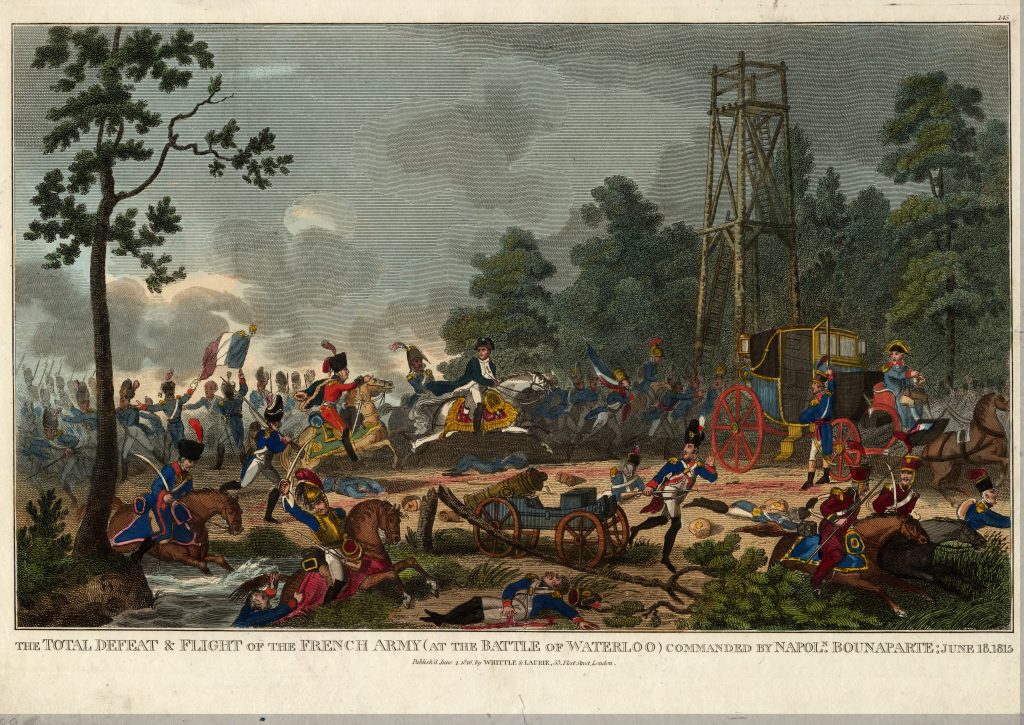 Having pursued the French from the field, the Prussians pushed on all night with their cavalry beating drums and blowing horns to disconcert any attempt to rally the French troops. All attempts at forming a rearguard failed with the first cry of ‘Prussians’ and soon the scattered remnants of a once magnificent army flooded back over the border.

By midnight, Blucher had installed himself at the inn at Genappe and began to write his report to King Frederick William. Blucher then wrote orders for his corps commanders; the I and IV Corps would march to the vicinity of Charleroi. The III Corps still faced Grouchy at Wavre, the outcome of which was still unknown, but the II Corps was to attempt to cut Grouchy’s retreat into France and the exhausted men, having fought all afternoon for Plancenoit, now marched overnight towards Mellery which they reached at 11 a.m.; only to find that Grouchy had gone.

Wellington’s forces were busily occupied reorganising and recovering their wounded from the field. They would not begin marching until the afternoon of the 19th.

The Allied armies exhausted by days of fighting and forced marches had failed to capitalise on their victory at Waterloo. However the French were so shaken by their defeat that they were unable to mount any major defence of Paris and Napoleon himself would attempt to flee to America.

Click to learn more about the Allies Advance on Paris