Where Did That Regiment Go

The Waterloo Association > Resources > Book Reviews > Where Did That Regiment Go 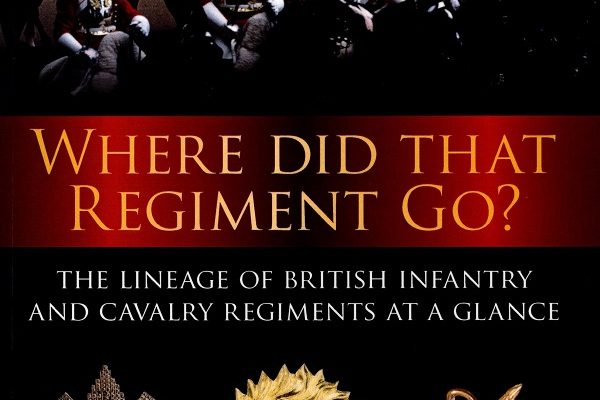 The lineage of British infantry and cavalry regiments at a glance 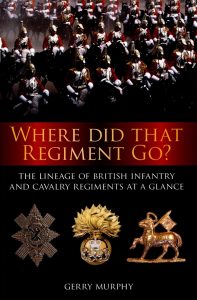 This book was first published by Spellmount in 2009 and this is an updated edition resulting from the Strategic Defence and Security Reviews of 2010-15. Ever since the British Army was formed at the restoration of Charles II in 1660, it has been subject to expansion, disbandment and change depending on the current international, political and economic situation.

The book follows the story of the British Army through all the conflicts from the 17th through to the 21st century, examining the infantry and cavalry separately. What Gerry has done very well is take the reader on a journey through all the conflicts that have involved the British Army worldwide, examining how the army expanded as a result of those wars, and what happened to the regiments when those wars were over. During the 18th century many regiments were raised under one number but later re-numbered and this often confusing fact is explained very clearly. The regimental system instigated by George II from 1742; the introduction of territorial titles in 1782; the Duke of York’s administrative changes in the 1790s; are all described in detail. For each conflict there is a general history of the war emphasising the role played by the British Army regiments. The story is brought up to date with ‘Cyber Attack and Security’ and the introduction of cyber troops in 2013.

Gerry has included some useful tables of ‘Foot Regiments and Where Are They Now?’ plus sections on Battle Honours, Regimental Identification and an interesting section on Stewardship of the British Army.

If you have an interest in the British Army throughout its history and want a useful and comprehensive reference work on the subject, then Where Did That Regiment Go? will fill a gap in your library. I have a number of books that tell the story of the British Army over the centuries but this one brings the story up to date and is the most informative study of the subject to date.