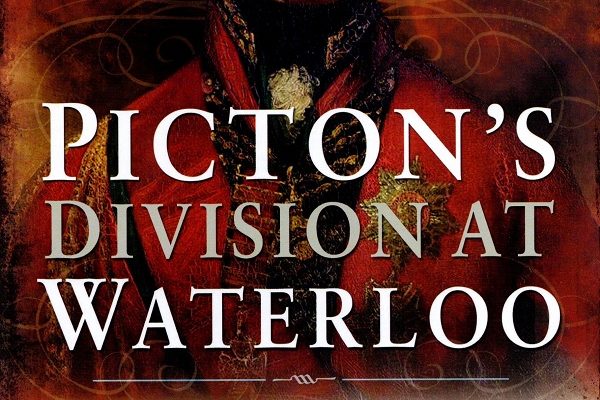 With all the books detailing the Waterloo campaign it is refreshing to come across studies that focus on one part of the story. This offering by well-known author Philip Haythornthwaite examines the role of the 5th Division commanded by Sir Thomas Picton. This formation comprised three brigades: 8th British Brigade (28th, 32nd, 79th Regiments and 95th Rifles); 9th British Brigade (1st, 42nd, 44th and 92nd Regiments); 5th Hanoverian Brigade (four battalions Landwehr). The 4th Hanoverian Brigade (four battalions Landwehr) were part of the 6th Division but were attached to the 5th.

Picton is one of the famous characters from the campaign, a tough uncompromising solder, who was killed leading his Division forward at Waterloo. This study looks at the structure of the Division from its famous commander downwards, through the Brigade and battalion officers to the regiments themselves, examining the command structure of such a formation. The author explains how the Division continued to function at Waterloo despite many of the senior officers being killed or wounded. It provides a fascinating insight into the functioning of a British Army Division and how the experience of officers of all ranks would allow the formation to continue to fight despite heavy losses.

The author describes the various components of the Division and the officers commanding them, and follows the story from its billets in Brussels, the assembly for the march to Quatre Bras and the battle, the withdrawal to Mont Saint Jean, the Battle of Waterloo, and the march to Paris.

Accounts of the campaign focus on Picton and the Division at Waterloo, but here the author relates in detail the role of the component units in the hard-fought action of the 16th June and the important role played by the 5th Division. He relates how the regiments suffered heavily at Quatre Bras and so were in a much reduced state before they fought again two days later. The only criticism I have about this account is that while the Hanoverians are included in the story the emphasis is on the British regiments who fought. However, this does not detract from the narrative and the author concludes with the statement that ‘Picton’s stand at Quatre Bras would prove to have been one of the most significant episodes of the campaign, but his success had been bought at a fearful cost’.

Waterloo is described through the writings of officers and men of all the regiments in the Division. The author emphasises that these regiments had suffered in the action two days previously and so the Division was certainly not at full strength. Some units, such as the 32nd, had suffered such casualties that, instead of ten companies, had been reorganised into six ‘divisions’. Our perception of the attack of d’Erlon’s Corps is that they were repulsed by the British heavy cavalry, prior to which Picton advanced his Division and was killed in the process. Picton’s Division at Waterloo examines the role played by each regiment in the repulse of the French I Corps, and the author states that it was a combination of the 5th Division supported by the Household and Union Brigades that repulsed the French attack.

Picton’s Division at Waterloo is a detailed analysis of a British Division in Wellington’s Army, looking not only at the role it played in the campaign, but how that campaign affected its constituent units, and how the command structure continued to function despite heavy casualties. Philip Haythornthwaite writes in an easy informative style and has produced a study that adds to our understanding of the events of 1815 and the men who took part in them. This is a very useful addition to any library on the Waterloo campaign.