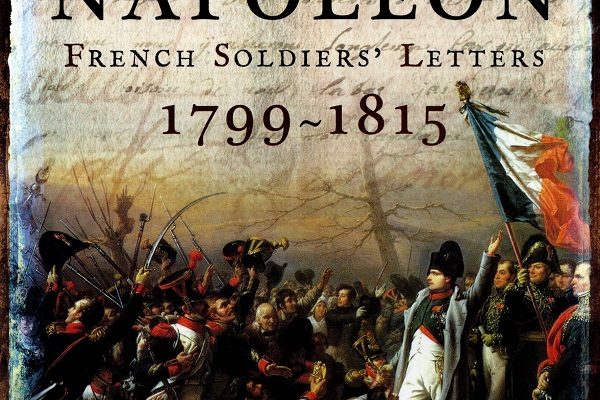 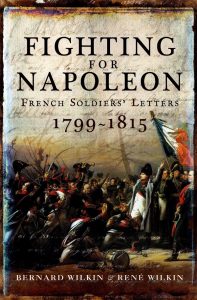 This book is unique in that it offers the English-speaking audience a glimpse into the life of a French soldier. The authors have used over 1,600 letters written by the ordinary soldier from his conscription into the army to his life on campaign, and his experience of war, to give us a fresh perspective of the men who fought in Napoleon’s armies. French soldiers are often portrayed as crying ‘Vive l’Empereur’ and following the Emperor wherever he might take them. The reality could be somewhat different, as the authors portray.

Fighting for Napoleon starts from when the young man was recruited into the army and the efforts made by many of them to avoid military service. Many Frenchmen felt that being conscripted was a burden imposed upon them to serve a cause that they only vaguely understood. Some were afraid of being removed from the small close-knit community they had grown up in. This resulted in many either buying replacements or trying by every means to avoid being recruited. The authors have chosen letters that reveal the many reasons that these young men gave to the authorities to try and avoid service; not every soldier was willing to follow their Emperor. Once in the army their early life as a soldier is described, with lack of food and frequent requests to their families to send money being a constant theme in their correspondence. What is also described is the shortage of clothing and the severe lack of food, often for many days, plus the often miserable existence sleeping in the open for lengthy periods while on campaign.

The book uses a selection of soldier’s letters to look at Napoleon’s army through the wars against the Austrians, Russian and Prussians, and tales of life and hardship in the Peninsula. Serving in Spain had the added danger of the bandits, as the soldiers described them, often relating actions against them and mentioning friends who had been lost to the guerrillas.

These letters provide a riveting account of the day-to-day lives of the ordinary soldier in all theatres of the war, and give the reader a sense of the world surrounding young men who were simply attempting to survive; hoping that once the war was over they would be able to return home.

The chapter I found especially interesting was that entitled ‘Wounds, Illness and Captivity’ where the letters relate illness and suffering that these men were subject to. Pierre Laschet described how he was ‘..in Breda with fever  and scabies. My dear brother and sister, I am miserable and have no money…’. Although captive in England, many kept up a correspondence with their families, and one facet of life as a soldier that comes through in many of their letters, be it on campaign or in captivity, was the friendships they made, which made their hardships a bit more bearable.

Fighting for Napoleon is a unique study of the French soldier through their own letters, describing all aspects of life in the French army. The soldier’s experience is presented in a well-researched and riveting story, and for an understanding of the French army of the time this book is recommended reading.