The Bloody Fields of Waterloo 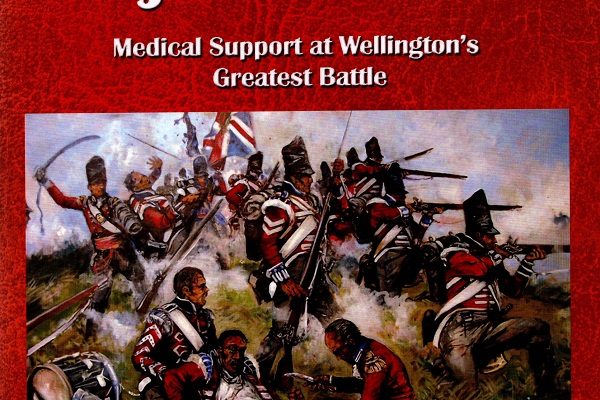 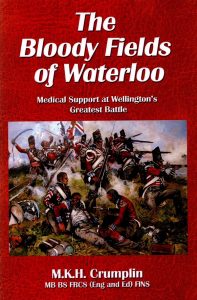 Mick Crumplin needs no introduction as the expert on medical matters of the Napoleonic Wars, and this, his latest work, introduces us to an aspect of the 1815 campaign that is usually only briefly touched upon in most books. Peter Snow, in his foreword to the book states ‘It’s an electrifying story of how countless wounds were inflicted and treated. And it’s a gripping human story of the victims and the medical men who struggled to heal them’. These two sentences sum up the book as an account of the medical issues of the Waterloo Campaign, but at the same time an account of the men who suffered and the men who attempted to alleviate their suffering, and the story has been woven into an informative and compelling read. The author explains that the medical services provided for the campaign were not as efficient as they could have been with many lessons learnt in the Peninsula having been forgotten.

The first chapter sets the scene with an account of the battle and the types of injuries inflicted at each stage, and where in the vicinity the casualties were treated. The account of the organisation of the Army Medical Services down to regimental level is very informative, but it is the chapter on the Aftermath of Victory that is really illuminating. Wounds of the different parts of the body are described, how the surgeons treated them, and the outcome. Much of the narrative is drawn from the account written by Professor John Thomson who toured Brussels after the battle and examined the casualties, their wounds and management and the various hospitals in the city. One aspect of this book that I like is the layout of the illustrations. Rather than include them as a section in the centre of the book, they are included alongside the relevant text, which is helpful in understanding the wound being described.

Mick then goes on to describe the wounds received by officers in the Allied Army (fatal or otherwise), including the Prince of Orange, Uxbridge (fascinating account of his leg amputation and calm demeanour during the procedure), Duke of Brunswick, Picton, de Lancey and Fitzroy Somerset. Loss of an arm did not prevent the latter officer rising though his profession to command the army in the Crimea: a serious wound in battle did not preclude a man from continuing his military career. The book concludes with a series of appendices providing short biographical details of the medical men involved in the campaign, from senior surgeons and physicians to the medical staff of individual regiments.

The author has pulled together accounts of as many wounded soldiers as can be found, looking at cavalry, infantry and artillery casualties, the KGL and a couple of French soldiers. While describing their wounds and how they came to receive them, these stories detail the experience of war, and often what happened to these men if they survived their wounds. The Bloody Fields of Waterloo is very much a series of short biographies of the casualties, set against the backdrop of the practice of surgery at the time. The story of surgery during the campaign, the stories of the men who suffered, and the stories of the men who treated the wounded, all combine to make this a fascinating read. A well-researched and well-written book – if you have an interest in medicine and the Waterloo campaign, you will find it hard to put down.