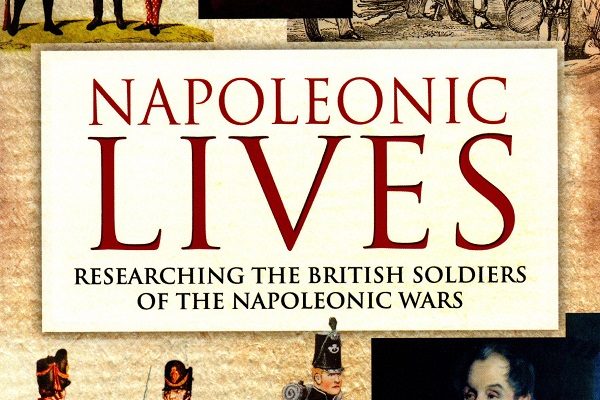 Researching the British Soldiers of the Napoleonic Wars 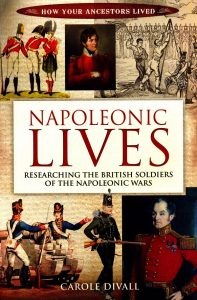 With the ever-increasing interest in genealogy any book that helps the family historian to research their ancestry is to be welcomed, especially as when a soldier ancestor is discovered it takes the researcher down a detailed and fascinating path. Pen & Sword publish a comprehensive range of books on researching family members from a wide variety of professions, and Napoleonic Lives is a welcome addition to this library.

Carole has used her extensive knowledge of the British Army of the Napoleonic Wars to produce a very handy manual to researching an ancestor from that period. She has studied a range of military lives, including women, accompanying each with a guide to research techniques that family historians could use to study their own military forebear. It is an account of soldiers who all had different experiences of war. Samuel Rockliffe of the 69th Foot experienced life on board ships of the Royal Navy, and took part in the great battle of Cape St Vincent, and his study examines how to research and ancestor who was not only a soldier but served as a marine. Daniel Nicol of the 92nd served in Egypt and experienced captivity after capture by the French in the Peninsular. Nicol, and William Wheeler of the 51st, are included as they sent letters home that tell their story, and Carole has supplemented their words with a guide on how to research such soldier’s stories from the archives, focusing on the War Office documents that help with this research. By using well-known accounts, including those of Harris, Costello and Plunket of the 95th Rifles, the book is a potted biography of a variety of soldiers, each one with a section on how to take such stories further.

The soldier biographies include officers and enlisted men from the infantry, cavalry and artillery, plus a look at Women at War, using the stories of Biddy Skiddy and Agnes Reston. Carole shows how the careers of these men and women developed, either positively or otherwise, and their fate. We are given a vivid insight into the life of a soldier during the period, and shown how much of their experience can be recovered from the records.

As an interesting read of potted biographies of a variety of soldiers, Napoleonic Lives is worth a look. Combine this with a useful guide to researching soldiers of the period (and while I am familiar with many of the archival sources described, there are some sources quoted that are new to me), then this book is an important and significant contribution to genealogy.